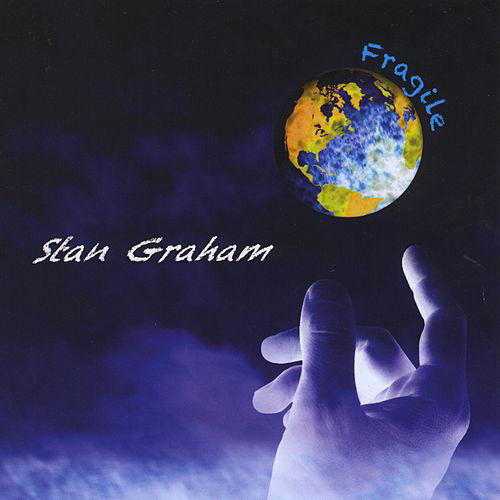 Stan Graham’s songs are from the heart and speak to the heart. Fragile is his fifth studio album over the last decade or so. In that time he has accompanied Vin Garbutt on a tour of Australia, and has had his songs recorded by Vin, George Hamilton IV, and Martyn Wyndham-Read , among others.

The melodies are instantly memorable, and on this release he is accompanied by such fine musicians as Emily Smith, James McClennon, Anna Massie, Stewart Hardy, Wendy Weatherby (cello), Iain Sandilands (percussion) and James Lindsay (bass). Credit to Angus Lyon of Blazin’ Fiddles for production, along with keyboard and accordion duties.

Prior to his recording career, Stan spent nearly 40 years in the Forces, and the wisdom of the years is evident in his songwriting. His voice is warm, soothing and unforced, and his lyrics speak for a generation. Memory is a strong thread through the album (‘Tiptoe Up The Flight Of Stairs’, ‘Down Memory Lane’ ). Every track is brilliantly crafted but ‘Fathers and Sons’ deserves a special mention. On the surface, his themes may appear deceptively simple, but the unhurried songs are poignantly deep and enriching.